They can be activated manually and/or automatically. An additional mechanical, hydraulic, pneumatic or electrical triggering system is required for automatic activation.

Design and operation of a water spray extinguishing system

All buildings, rooms and items to be protected are covered by a depressurized network of pipes and open extinguishing nozzles. The nozzles do not have a release element and work as a group. Consequently, selective fire extinguishing is not possible. The water hits the nozzles’ spray plates and is distributed over the entire area. At the same time, local alarm installations are triggered by the water flowing through the network of pipes and a message is sent to a permanently manned unit, normally the fire brigade. Once the fire has been brought under control, the system can immediately be made operational again (manual process). With automatic extinguishing systems, this depends on the triggering system used. 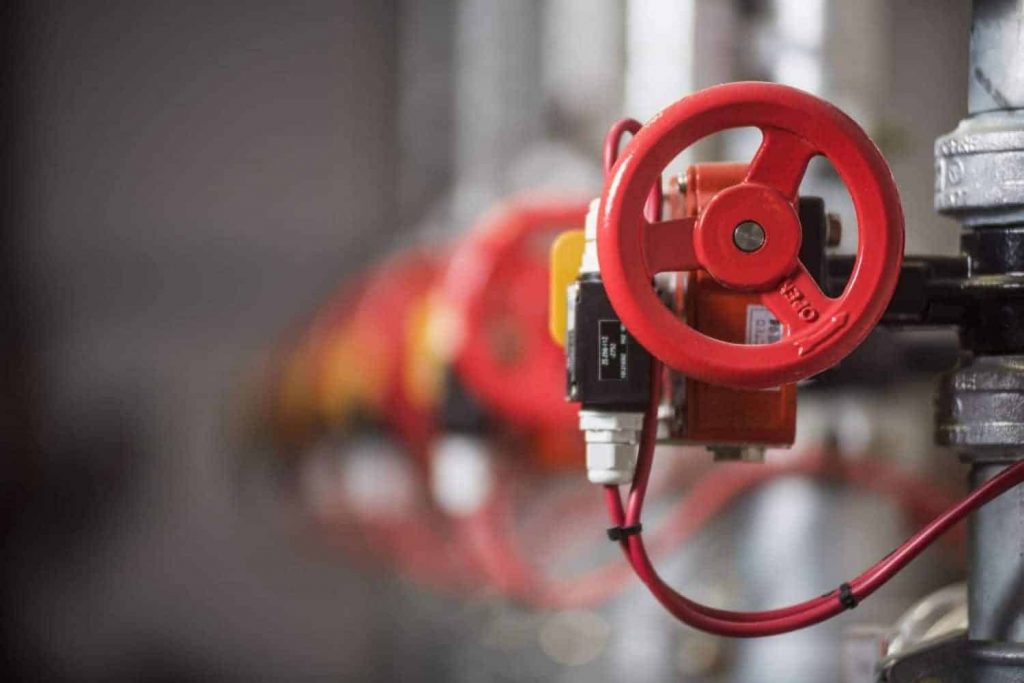